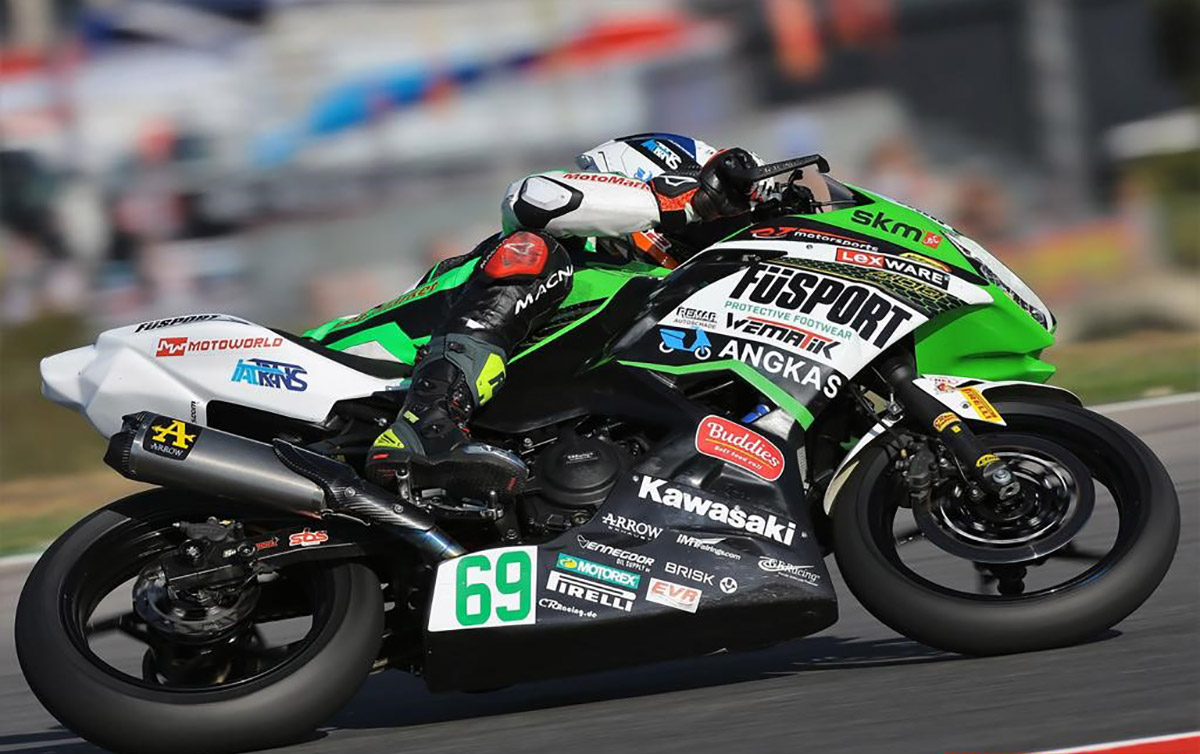 Troy Alberto has returned to the Philippines following a double crash in the final round of the 2022 FIM Supersport 300 world championship in Portimao that left him with a suspected broken collarbone.

The talented youngster, who made history earlier this year by becoming the first rider from his country to achieve a top ten finish in a world championship motorcycle road race, had once again been running strongly in the season finale prior to the incident.

Once again showing incredible race pace, Troy passed many of his rivals in both races, running in podium contention on Saturday before being taken out through no fault of his own.

Troy, who has already inked a deal to return to the WorldSSP300 series in 2023 with the same team is now focused on a full recovery before lights out on what is being tipped by many as a front running campaign for the #69 rider.

Troy Alberto:
“Thankfully it seems like no fracture, but I am still quite sore. Despite the end to the season, I am happy with what we achieved this year. I started P26 after a poor qualifying, but I kept pushing and after an initial red flag I continued to study to see how and where we could improve. After the red flag I started P21, and I was running in the lead group and even managed to move into third. Unfortunately, another rider went down and took me out but that’s racing. The final race of the year didn’t end well. I was once again running close to the top ten, but I had a big high side and ended the season in an ambulance. I want to end by passing on my sincere condolences to the family and friends of Victor Steeman. A fierce competitor with whom I shared the track this year.”