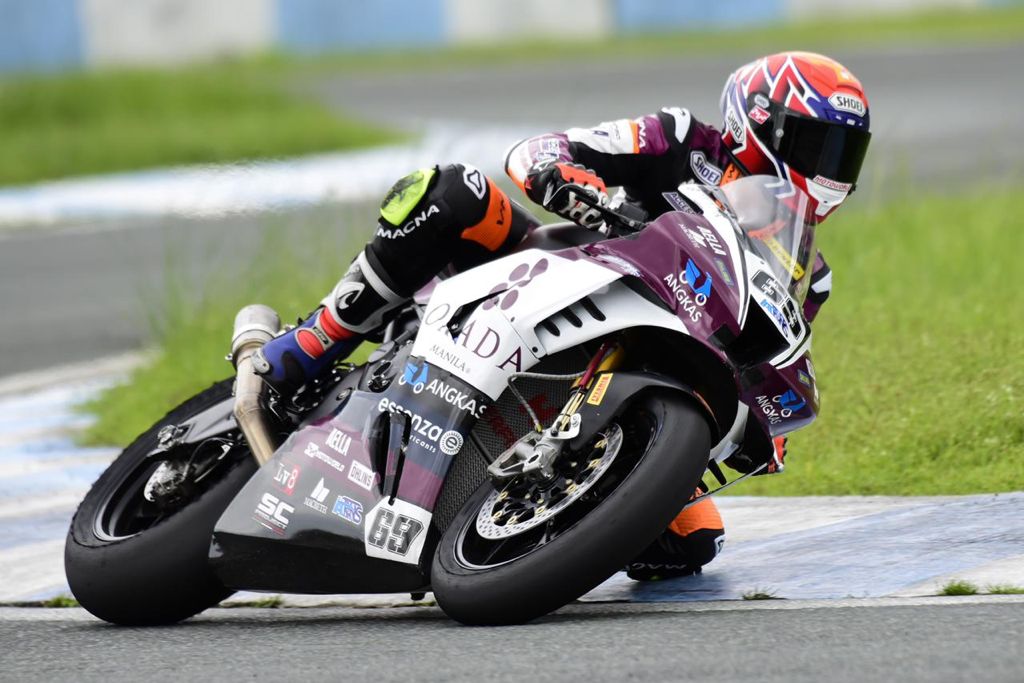 Troy Alberto shone on his debut in the latest round of the Philippine Superbike Championship, ending the weekend with a brace of fourth place finishes and a podium.

Riding a Honda CBR 1000, the teenager was impressive from the off, qualifying and racing strongly. He will return to the series in December where he hopes to be once again in contention for the podium. And potentially in the fight with his brother for the outright win.

Considering his collarbone break earlier in the season, these four results were satisfying for the youngster and bode well for his racing future.

Troy Alberto:
“I was not so happy with how the races went on the first day. In race 1 I managed to gain a position off the start but just didn’t have the pace to stick with the front guys. I slipped to fourth after the opening exchanges but tried to keep a good rhythm to be as close as I can be to the front. We had a problem with the bike from halfway, so I just eased it home, finishing fourth. In Race 2 I started fourth again but couldn’t manage the pace of the front three. I still feel that I don’t yet have the strength to push the bike into the left handers after fracturing my collarbone earlier in the year. On Sunday, Race 1 today went okay. I started in fourth and was able to hang with the front guys for a little while. I was able to pick up some tips that I thought would be useful for the second race. I ended up finishing fourth. In between the sessions we made a slight change on the bike. I have to say thanks to TJ, because he was the one who recommended it. In race 2 I made it to third after the start but was pushed back to fourth by the end of the first lap. I was able to be more competitive this time round though and felt more comfortable after making the setup change. I was able to stick to the riders in front of me for the first laps and it was becoming a nice battle. One of the riders in front of me had a mechanical problem and I was able to take third from him. I tried to chase down the next guy for second, but I started to lose the front on braking and the rear on corner exit, so I decided to take it easy for the last few laps. I am happy with the results that me and my team were able to achieve this weekend. Now we have a two-month break before the next race, so I plan to continue to improve myself and the bike. I hope to come back stronger in December and be fighting for the podium and win.”