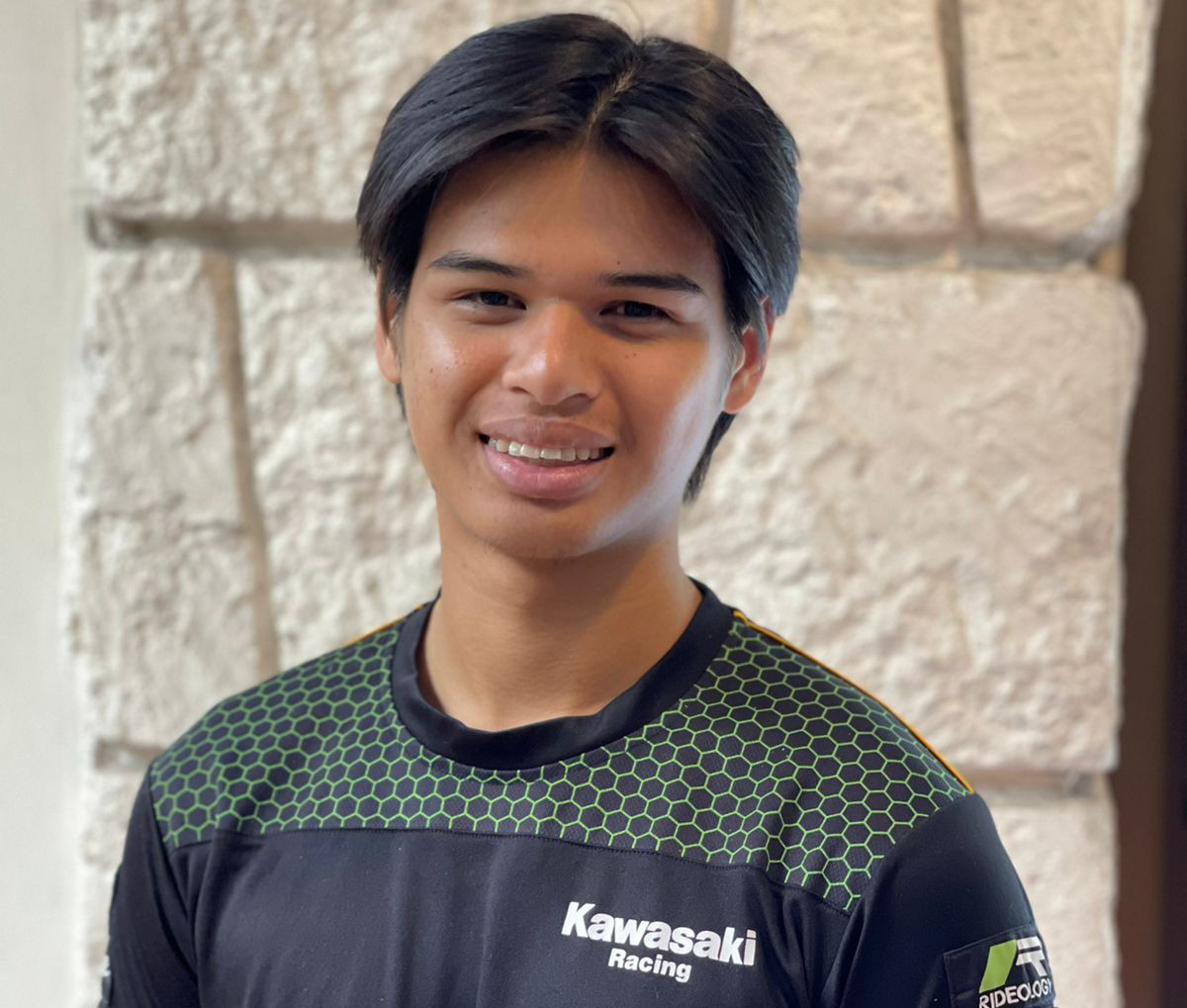 The talented teen will make history when he lines up on the grid at MotorLand Aragon for Round 1 by becoming the first rider from the Philippines to contest WorldSSP300. The series will once again run alongside the FIM Superbike World Championship.

Troy is no stranger to racing on a big stage having contested the Asia Talent Cup in 2018, and more recently in the Asia Road Race Championship in the Supersport category with credible top ten results.

Troy will get to ride his new steed early in 2022 and thanks everyone who has made it possible for him to race as part of the WorldSBK family.

Troy Alberto:
“I’m so happy to have been given this opportunity by the Fusport – RT-Motorsports by SKM – Kawasaki team to race in the Supersport 300 World Championship next year. It’s going to be an interesting year and my first in a world championship. I hope to achieve the maximum with the team. I can’t wait for 2022!”