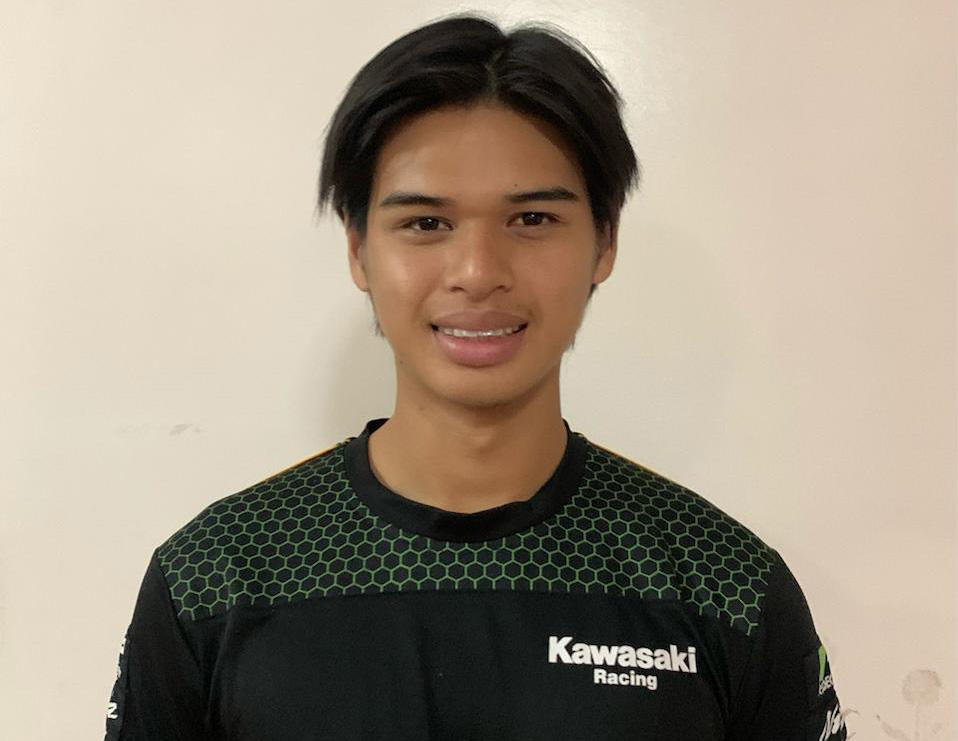 Troy – brother of former FIM Cup Superstock 1000 rider TJ – began riding motorcycles aged 4. Progressing into the national Superbike class in 2016 with immediate success Troy took a brace of pole positions and race wins in 2017, becoming the youngest rider from the Philippines to do so.

He was selected for the Asia Talent Cup, the Asian version of the Red Bull MotoGP Rookies Cup which runs alongside the MotoGP and World Superbike Championships, before he switched to the Asia Road Racing SS600 Championship for 2020 and 2021.

Troy Alberto:
‘I’m so excited for the 2022 World Supersport 300 season. It is going to be my first experience to race in the World Championship and I am looking forward to ride with everyone. I’m also so happy to be joining FÜSPORT – RT Motorsports by SKM – Kawasaki, especially after seeing what they have been able to achieve the past years. I believe the team is strong and I can’t wait to see what we can accomplish together next year.’

Rob Vennegoor – team co-owner:
‘Since Troy’s brother TJ was in the WorldSBK paddock a few years I always kept close contact with the Alberto family. In that time Troy was contracted to Honda in the Asian Talent Cup and Asian Road Race Championships, but I saw Troy’s level growing year by year and we are grateful that we finally can work together. Troy is a very fast rider and it’s also special to bring Asian talented riders into the WorldSBK paddock.’