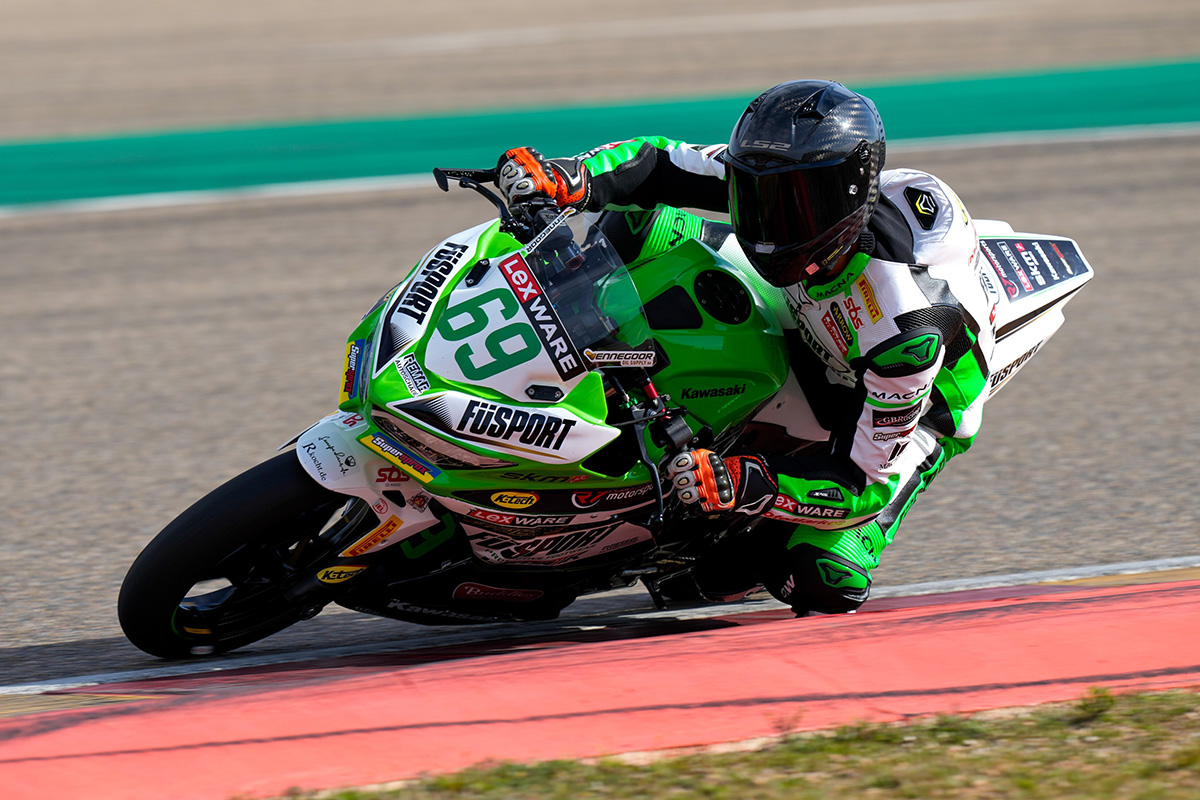 Troy Alberto made history this past weekend by becoming the first rider from the Philippines to successfully compete in the FIM Supersport World Championship.

No stranger to racing outside of his home country, he previously contested the Asia Talent Cup, Troy qualified an impressive fourteenth ahead of the two opening races of the season which were held at the MotorLand Aragon circuit in Spain.

Round two of the series takes place at the TT Circuit Assen in a fortnight.

Troy Alberto:
“It was a good weekend, my first-time racing in the World Supersport 300 Championship. Saturday was half good and half bad. I qualified P14 and we weren’t expecting to be so close to the front, so it was a pleasant surprise. Unfortunately, in the race I had an incident with another rider and crashed. On the bright side I was declared fit for Race 2. I struggled and went backwards at the beginning of Sunday’s race but as I started to feel better on the bike my pace improved. Sadly, I was too far back to fight for anything higher than fourteenth. It was a good start, and I am hoping to score points at Assen as believe we can do it.”