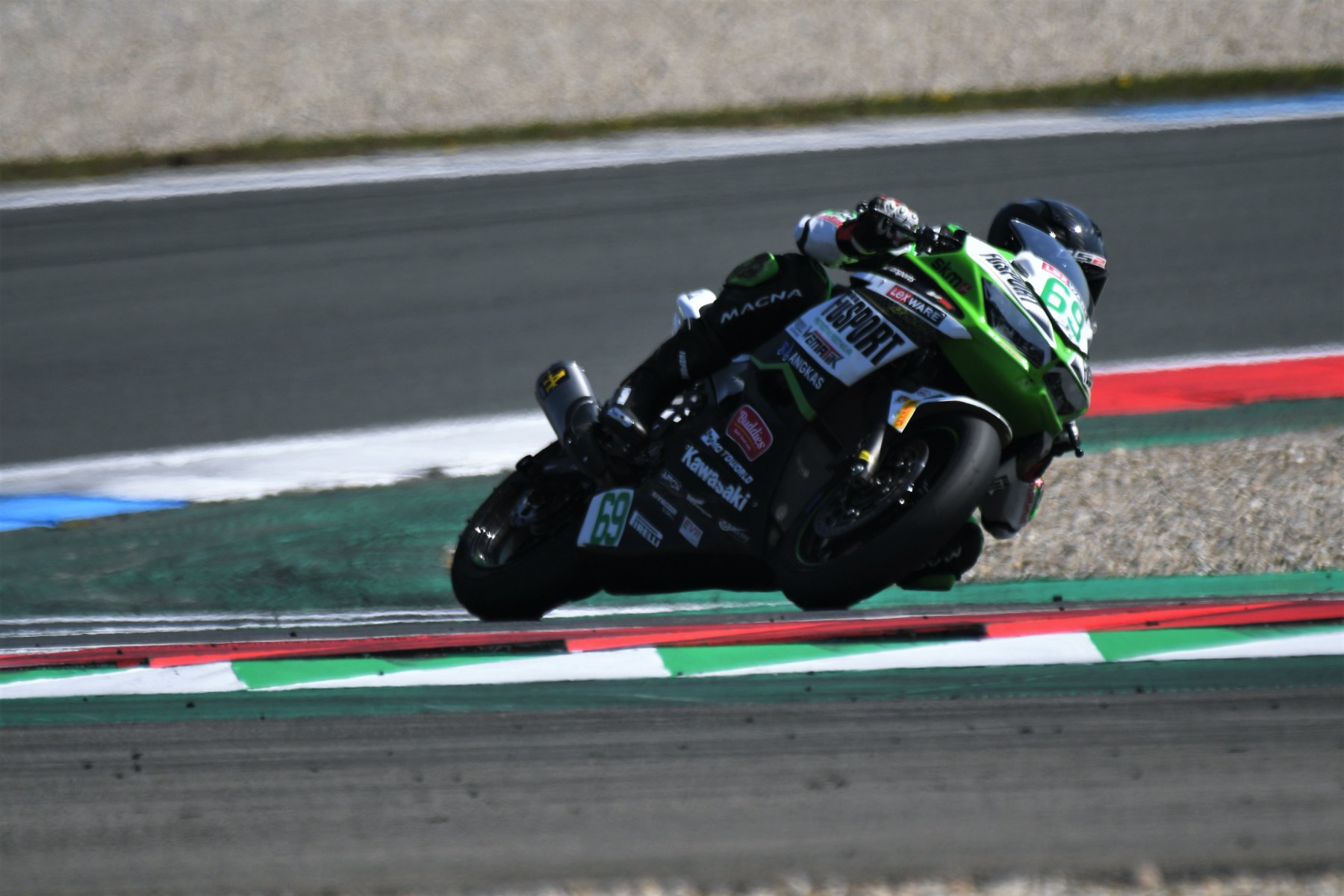 The youngster who made his debut in WorldSSP300 a fortnight ago in Spain was once again impressive throughout the three-day event despite a qualifying spill that left him on the back foot for the two fourteen lap races.

Starting twenty seventh is never easy, even more so in the world championship but Troy dug deep and was able to run competitively close to the points scoring positions.

The next round of the championship takes place in Portugal at the Estoril Circuit in three weeks.

Troy Alberto:
“To be honest Saturday was not that great after such a promising Friday. I made a mistake in qualifying and crashed in fifth gear which really compromised my grid position. I started P27. In Race 1 I didn’t feel too confident, but I tried my best. I lost touch with the group ahead but was able to finish P21. The second race was better. I was able to pass a few people early on and was soon inside the top twenty. I was keeping a good pace, but I made a mistake and went into the gravel. Overall, it was a good weekend and I showed that we can fight for the points in the coming races.”