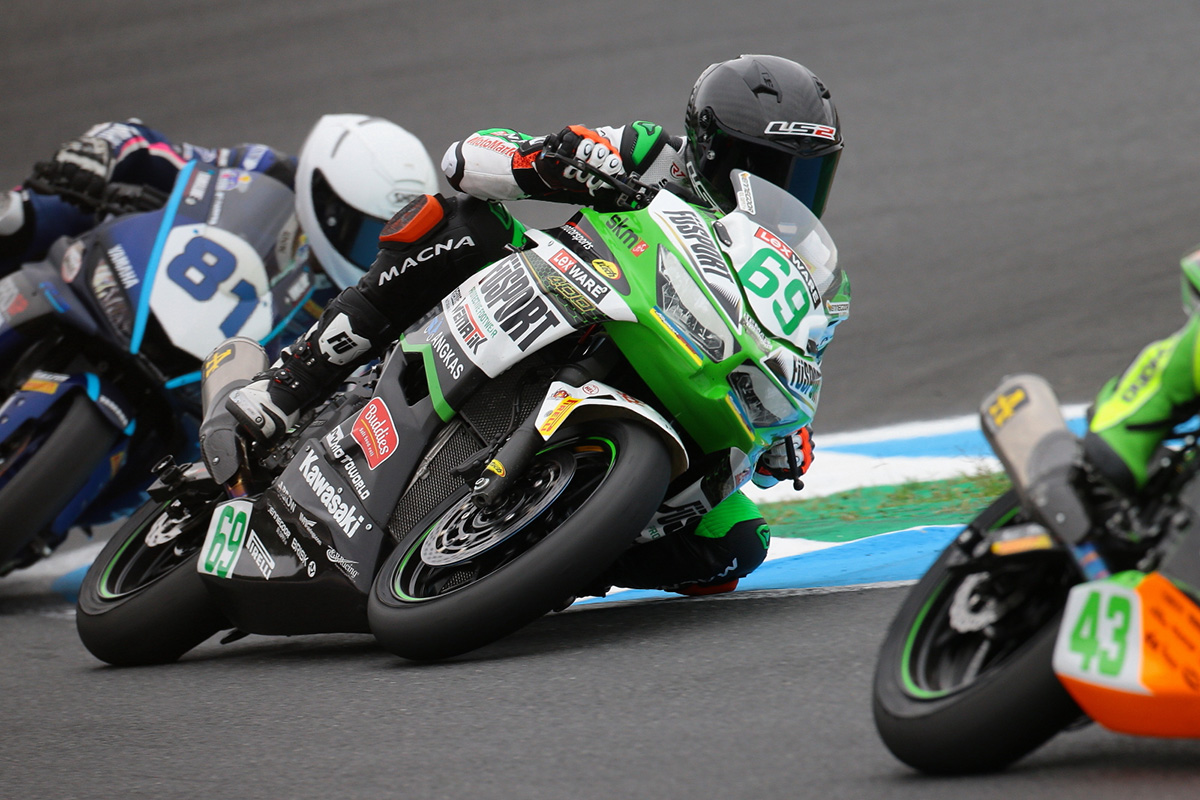 Troy Alberto concluded the third round of the 2022 FIM Supersport World Championship with two solid results at the 4.1km Estoril Circuit on the outskirts of Lisbon.

Alberto, who is racing in WorldSSP300 for the first time this season qualified nineteenth at the Portuguese circuit before racing to a credible P23 on Saturday afternoon. He finished eighteenth in Sunday’s twelve lap encounter after once again running in the group that was fighting for world championship points.

The next round of the championship takes place in Italy at the Misano World Circuit Marco Simoncelli at the beginning of June.

Troy Alberto:
“I started P19 after an ok qualifying but in the first few laps of race one I made a small mistake and after making a good start and gaining positions I lost the group and spent the last laps playing catch up. I finished twenty third but was quite happy with the pace that I had even when I was running alone on track. Sunday’s race was much better. I struggled a bit and got overtaken in the opening laps but was still running inside the top twenty. I ran with the main group and was only four seconds from the win in P18 after another close race at the front. I need to work on being a bit more aggressive in the first two laps, but I am happy with the progress that we are making.”