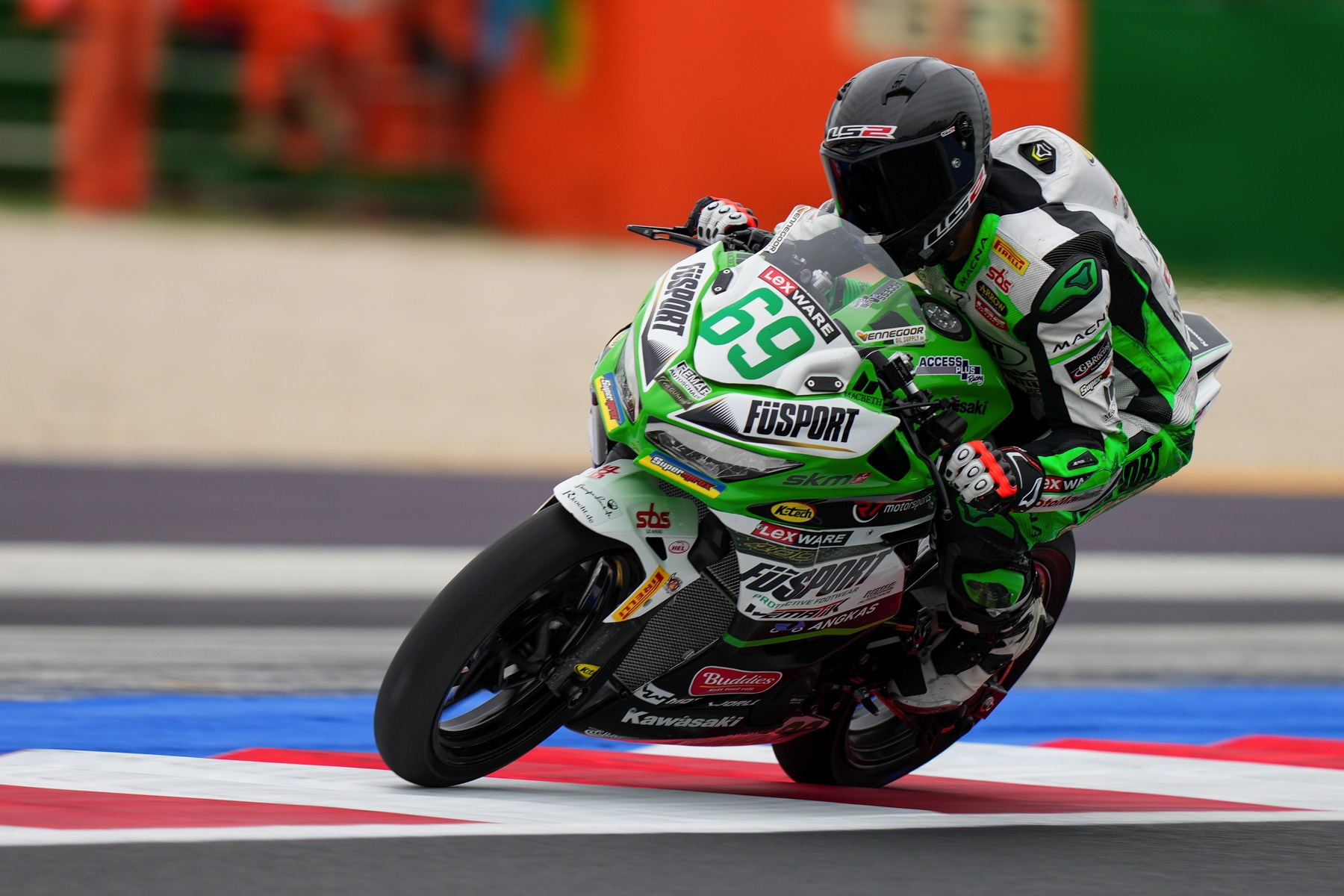 Troy Alberto has made history in the latest round of 2022 FIM Supersport 300 World Championship by becoming the first rider from the Philippines to score points in the series.

Troy, who made his world championship debut at MotorLand Aragon earlier this year has been steadily improving as the season has progressed – today’s result the culmination in several years of hard work and dedication from the teenager.

Qualifying twenty-ninth, the #69 rider finished eighteenth in Saturday’s opening race before improving yet further on Sunday, crossing the line in fifteenth to secure the final world championship point.

Troy Alberto:
“I messed up a little bit the strategy in qualifying, but we once again showed that we were stronger in race conditions. I was up to P20 on the opening lap of Race 1 but then because of the heat of the track I started to struggle. I was able to finish eighteenth and was confident of going even faster on Sunday. I started P28 in Race 2 and just focused on trying to make as many places as I could each lap. I started to catch the lead group and just tried to stay patient. With a couple of laps to go I was in the fight for the points, and I am so happy to have finally finish inside the top fifteen. It’s my first world championship point and I am also the first rider from the Philippines to score points in WorldSSP300. I am looking forward to continuing this pace to the next round in the Czech Republic.”