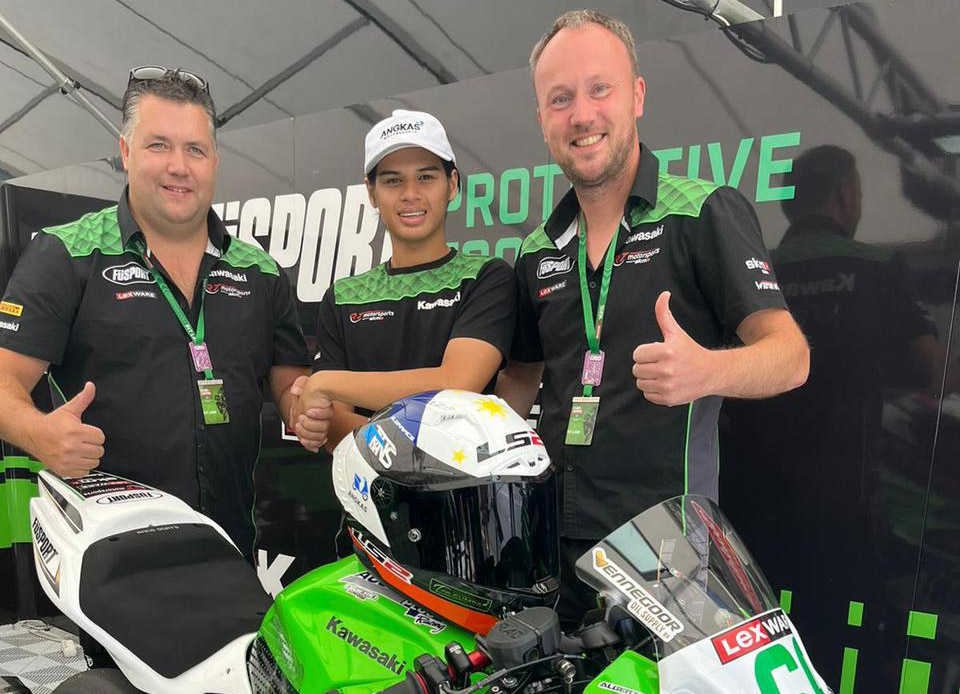 Troy Alberto leaves the French round of the FIM Supersport 300 World Championship with another point in his pocket and a contract for 2023.

Racing in Magny-Cours for the first time, the young rider from the Philippines was once again right in the mix from the opening day of on track action, finishing twelfth in Saturday’s opening encounter, he added a further point on Sunday after a hard-fought ride to P15.

With only one round and two races remaining Troy is looking forward to the season finale in Spain, buoyed by the fact that he agreed terms to remain with his current team in WorldSSP300 next season!

Troy Alberto:
“Qualifying was a bit disappointing, but I wasn’t able to put the perfect lap together. I was running inside the top sixteen before I dropped to P24, but I worked hard and stayed calm and was able to catch and then pass a number of riders ahead and finished twelfth. It was a good race, and I was not so far from the podium at the end. I was able to finish P15 in Race 2. I was able to make a good start and latched onto the main group, but I struggled to move much further forward. I felt good in certain parts but some areas on the track where I needed to improve. Nevertheless, I finished in the points again and scored in both races. We have been making consistent progress and I am looking forward to ending the season strong in Catalunya. I also want to thank the team for their continued belief in me and for agreeing that we can continue together in 2023!”