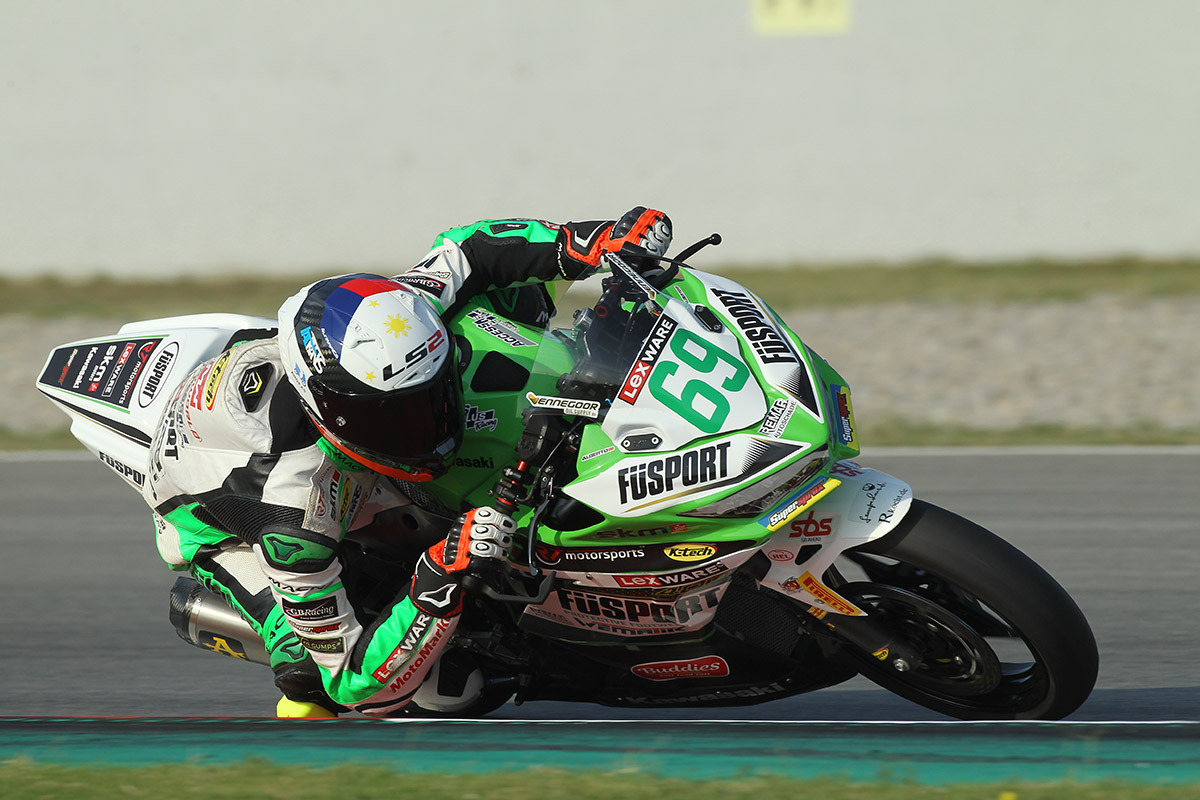 Qualifying eighteenth, the #69 Kawasaki rider was running in the main group on Saturday before a spill late in the race put him out of contention. He completed yesterday’s twelve lap encounter in twenty third after losing touch with the leading group.

With a 2023 contract already signed, Troy heads to the season finale at Portimão in Portugal in a fortnight confident of a strong end to his maiden year of world championship competition.

Troy Alberto:
“I qualified P18 and ended race one in P19, just at the tail end of the front group. It was an ok race, but I really struggled with this circuit. It’s a nice fast layout but it’s not really something that I’m used to or comfortable with, so I will just have to adjust to it and improve when we come back next year. We were also working on a few issues with the bike setting. I was lacking a bit of rear grip and the front tyre wear here is quite bad with the with the long corners, but we worked and hard and made good steps throughout the weekend. I finished P23 in Race 2. I was in the fight for 16th or 17th position and then around halfway the group started the split. Trying to pass one of the riders I went wide and then from there I was about 2-3 seconds away from the tail of the group, but I just tried to push hard to the catch back up. It’s been a bit of frustrating weekend. I think race two could have been a good opportunity for some points, the bike felt good and if I hadn’t made the mistake things would have been different. I’m looking forward to Portimão. It will be another new track for me, and I hope it goes better than this one.”